The Van Gogh Deception by Deron Hicks Dan Brown meets Jason Bourne in this riveting middle-grade mystery thriller. When a young boy is discovered in Washington DC’s National Gallery without any recollection of who he is, so begins a high-stakes race to unravel the greatest mystery of all: his identity. As the stakes continue to rise, […]

Then She Was Gone

Then She Was Gone Ellie Mack was the perfect daughter. She was fifteen, the youngest of three. Beloved by her parents, friends, and teachers, and half of a teenaged golden couple. Ellie was days away from an idyllic post-exams summer vacation, with her whole life ahead of her. And then she was gone. Now, her […]

Ruby Red by Kerstin Gier Gwyneth must now unearth the mystery of why her mother would lie about her birth date to ward off suspicion about her ability, brush up on her history, and work with Gideon―the time traveler from a similarly gifted family that passes the gene through its male line, and whose presence […]

The Sisters Brothers by Patrick deWitt The darkly comic story takes place in Oregon and California in 1851. The narrator, Eli Sisters, and his brother Charlie are assassins tasked with killing Hermann Kermit Warm, an ingenious prospector who has been accused of stealing from the Sisters’ fearsome boss, the Commodore. Eli and Charlie experience a […]

The Persian Pickle Club by Sandra Dallas It is the 1930s, and hard times have hit Harveyville, Kansas, where the crops are burning up, and there’s not a job to be found. For Queenie Bean, a young farm wife, a highlight of each week is the gathering of the Persian Pickle Club, a group of […]

The Children’s Blizzard by Melanie Benjamin Based on actual oral histories of survivors, this gripping novel follows the stories of Raina and Gerda Olsen, two sisters, both schoolteachers—one becomes a hero of the storm and the other finds herself ostracized in the aftermath. It’s also the story of Anette Pedersen, a servant girl whose miraculous […]

The Shoemaker’s Wife by Adriana Trigiani Beloved New York Times bestselling author Adriana Trigiani returns with the most epic and ambitious novel of her career—a breathtaking multigenerational love story that spans two continents, two World Wars, and the quest of two star-crossed lovers to find each other again. The Shoemaker’s Wife is replete with the all the page-turning […]

The Invention of Wings

The Invention of Wings by Sue Monk Kidd Writing at the height of her narrative and imaginative gifts, Sue Monk Kidd presents a masterpiece of hope, daring, the quest for freedom, and the desire to have a voice in the world. Hetty “Handful” Grimke, an urban slave in early nineteenth century Charleston, yearns for life […]

Binti Binti: Home by Nnedi Okorafor Her name is Binti, and she is the first of the Himba people ever to be offered a place at Oomza University, the finest institution of higher learning in the galaxy. But to accept the offer will mean giving up her place in her family to travel between the […]

A Farewell to Arms by Ernest Hemingway The best American novel to emerge from World War I, A Farewell to Arms is the unforgettable story of an American ambulance driver on the Italian front and his passion for a beautiful English nurse. Hemingway’s frank portrayal of the love between Lieutenant Henry and Catherine Barkley, caught […] 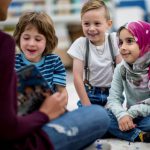 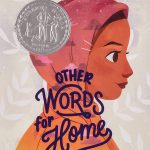 Other Words for Home Virtual Event

No event found!
We're increasing our hours at the Southwest Branch Libraries! Starting Monday, January 24, 2022, this branch will be open additional days on Wednesday and Thursday from 11am-6pm. To learn more about additional hours, visit our full list of Hours and Locations.
Our eLibrary is open 24/7! Get your reads ANYtime when you get them online; all you need is your FREE Kern County Library card!
toggle
Toogle Down